A mono-space. A penthouse. Four meters tall in the peak. Four centimeters in the bottom. Near the center of Turin. The Alps surround its landscape. A king size bed, directly in the floor. A red sofa, for you know what. A table in the center, 1,60 meters long, 75 centimeters wide, raw wood, white metal legs with wheels. It moves a lot. Two stools of black plywood. It’s a playground.
Two tables on the side, 1,20 meters long, 60 centimeters wide each, chipboard with white mate covering, black metal legs. Two articulated lamps on their short side. A black computer, with electric blue lights. It’s a laboratory.
A black bookshelf, with several levels. 2 meters tall, 60 centimeters wide, chipboard covered in black. Some books that traveled from Colombia and Spain. Some of them written by my professors. Some other books on architectural history. I wrote one of them. Some History National Geographic magazines. I wrote part of them too. A business card index. Most of them are from academics and scholars. More than a quarter are from restaurants. In the last page old identity cards and other mementia are stored. A brown paper folder, full of plastic envelopes with financial documents, a renting contract, touristic maps, application documents, a surprise for Eva. Some hard-drives piled up, each of them for a different research project. More books, which are not mine.
Two sketchbooks, A5 size, yellow paper, both already full, one from September-October, the other from November-December, 2018 of course. The one for January and February is triple size but is almost finished. Lots of thinking, way too much writing. They store drawings, day-to-day thoughts, lessons, notes from books, timelines and quite a lot of shopping lists. Famous architects and artists chose to separate their sketchbooks for different kinds of information. I do not. It feels artificial. Big surprise: life is messy.
Two rolls of tracing paper. One is 35 centimeters wide, 5 meters long, and is already filled with thesis work. Most of it contain urban plans of Spanish foundations between 1492 and 1540, in America and Europe, all of them in recently conquered Castilian territory. In a global empire, America is not the only place for expansion. The other roll is 45 centimeters wide, 20 meters long, more than five times bigger. It’s still blank. Filling it will be funny. These are the experiments.
The rest of my books are scattered through the tables, both wooden and white. Those are the books I am working on. Those are the toys. The Jenks, with a post-modernist cover that Trump’s family would love. The five rings of Musashi which are photocopied in white paper, full of notes. Three books that recently arrived from Spain, with the transcriptions of foundational documents from the Spanish towns drawn in the first trace paper roll. Two more books that tell the story of other cities founded during the Spanish Reconquista. Between them is Ovidio’s Metamorphosis in a small white edition. I reached the transformation of Dafne, and since that part the rest feels dull.
A reflex camera from 2010. A metal bottle for water. Keys. A black watch. A laptop for drawing in class, unused since I left Colombia. A case full of sharp wooden pencils. A tower of post-its. A wall full of them, with notes written in small letters. Three weapons of choice: a black stylograph 0.1 wide, a red marker, a combat pen filled with blue ink. The last one has my name on it.
In the center, a smartphone with my preferred radio show, ideal for listening while drawing. Of course I drew all these objects during three objects before writing down a single word. What did you think I am? Some kind of monster? Every object, every space, deserve respect.
Manuel Saga
Torino_ February 12th 2019 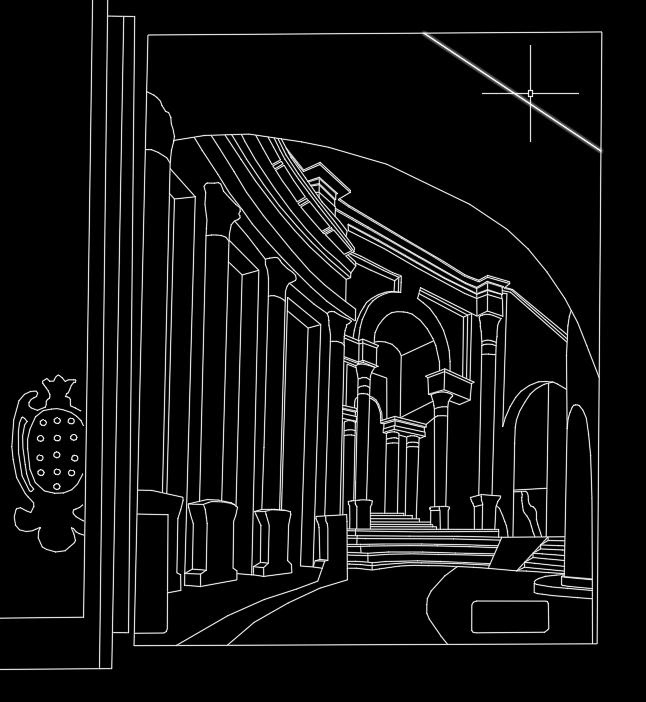 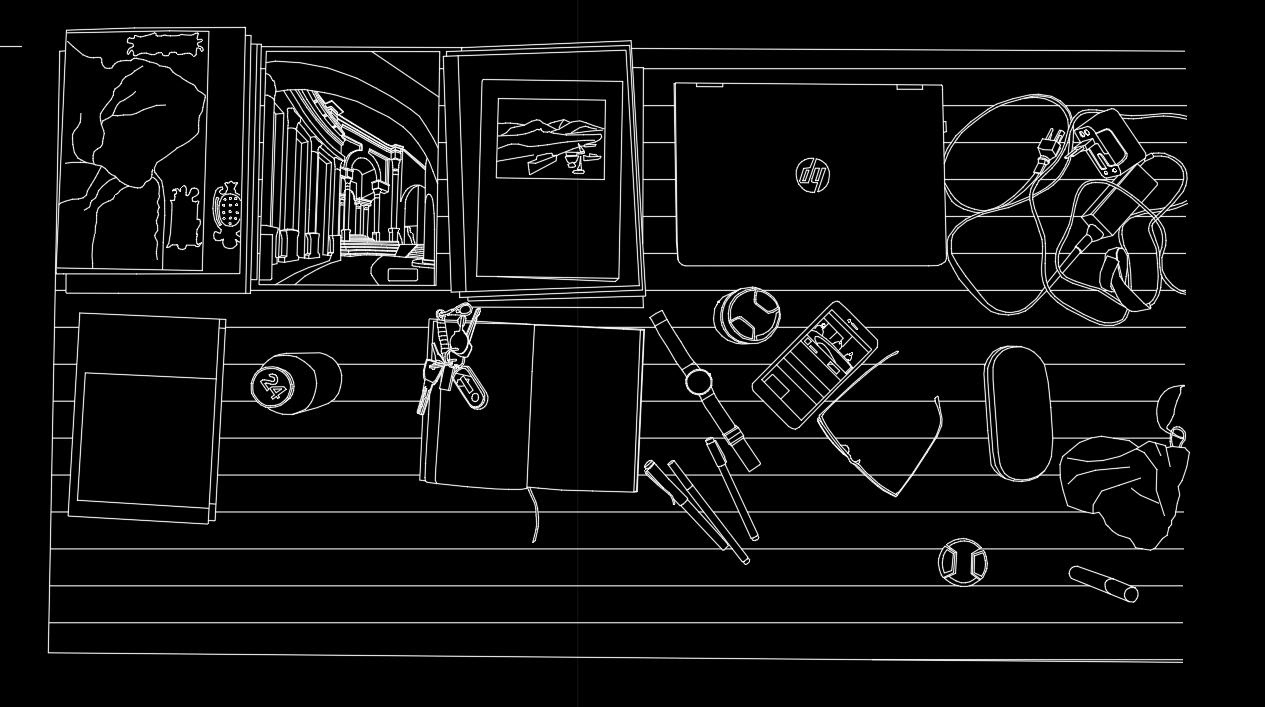 We use cookies. Everybody knows how they work. Accept